If you have not already dived in and purchased yourself a Sonos system with custom speakers or a fully blown Control 4 Custom audio speaker set up in the bathroom, let the team from Shower-glass.co.uk show you the way to sing your heart out in the shower accompanied with a portable waterproof speaker for £25.00 or less!

Have a good look at our honest review of the speakers below and see what you can grab at a reasonable price from Amazon.

The main benchmark test is the price is for each speaker to be under £25.00 and have the ability to stream Bluetooth audio., obviously they have to be IP rated speakers and run on their own power source. We are also looking at how easy the speakers are to set up and play music, their sound quality, battery life and finally durability..

All are available from Amazon and are currently in stock and next day delivery. (16/04/19) 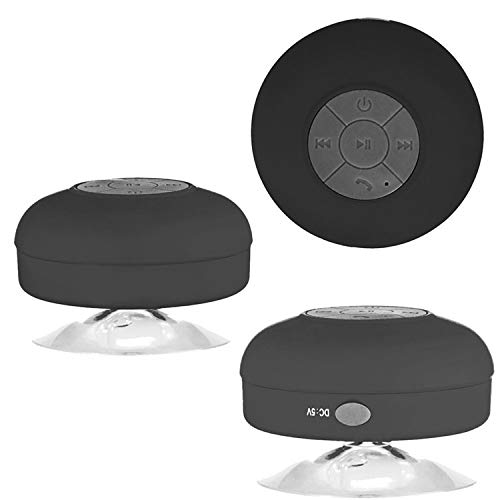 Just Find it on Bluetooth, then Play...
For the price is this the one waterproof speaker you need?

Its as plain as daylight when compared to the other four speakers in review but dont walk away from this as the speaker is actually gives out quite a nice sound.

In the office pre test it did fall off one of the glass windows, but as far as breaking there was no damage. In fairness, we did not moisten the suction cup. It streamed our Spotify playlist nicely and sounds quality was just below the Itznu. It gave a slight distortion at full blast.

Battery life was as expected and it lasted for the amount of time I needed to get through 2 playlists (4 hrs).

There is nothing fancy on this speaker visually but let that be a good thing as it sits nicely not trying to stand out in the shower, just discrete. 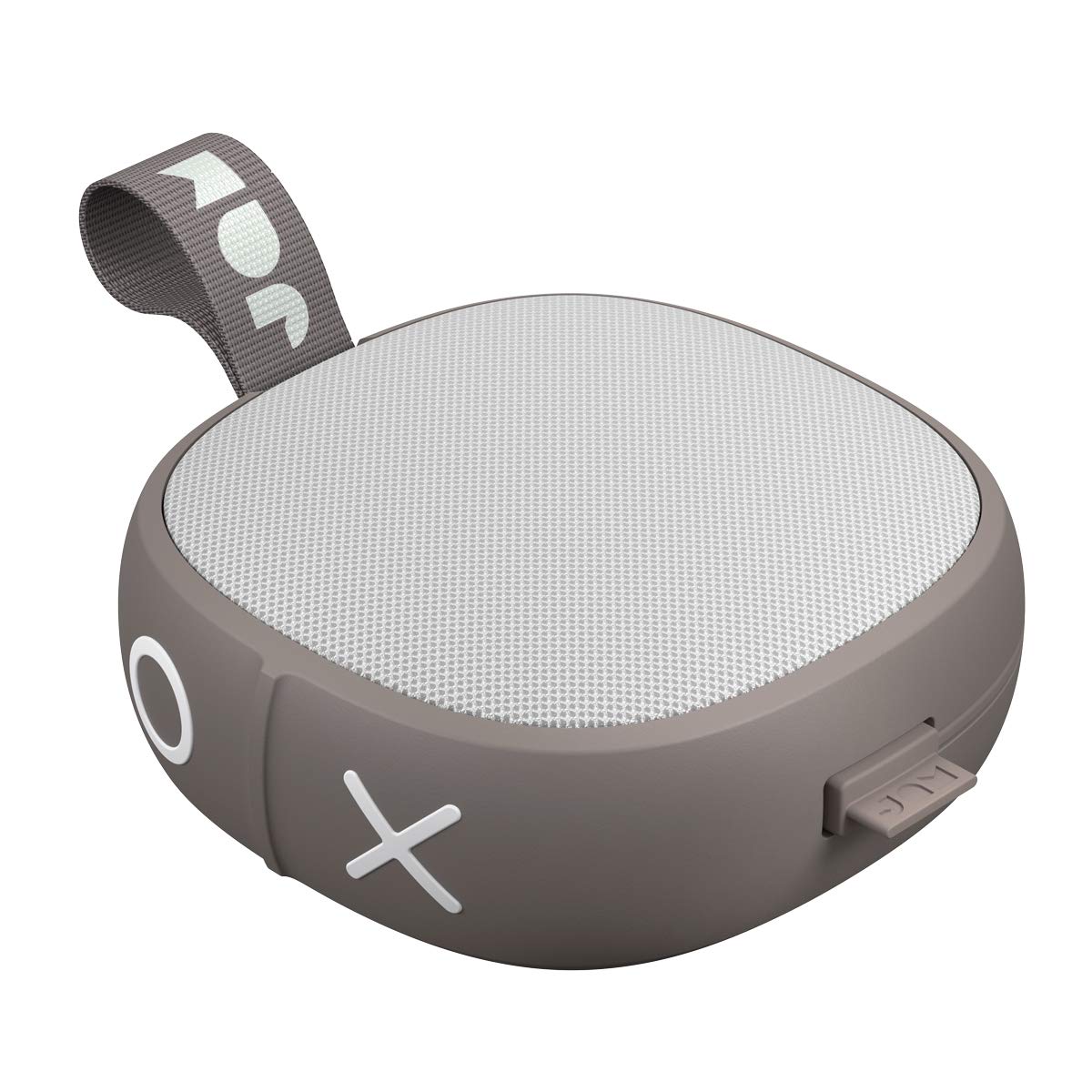 Its the look we like best, just beating the Itznu IPX5 for looks and feel, the actual design is somewhat inspiring as JAM have actually incorporated the charging wire as par of the external shell..

Pairing with a phone is a snip, just turn it on then pair using your phone or other device, it showed up straight away on both Galaxy Note 8 and a Huawai P30. Streaming Spotify is a doddle and sound quality is just a level above the other four Speaker. Conserdering its almost £10.00 less than the top priced Itznu

Sticking to the wall or most surfaces is easy with a peel-able sticky pad which can be used time and time again.

This was the first of my tests ran and was setting the benchmark for the rest to follow.
There was a nifty little radio attached although I chose not to use it for this test simply as the four other speakers on review did not have the tune in facility.

Shout at me...I felt that when compared to the others it was the worse sounding speaker of the 5, it was touch and go between this and the A and B for performance. without substance, it felt rather than smooth music, it was ready to ruin my hit list.

On the plus side, it tells the time? Also it has to date not fallen off the wall with Suction cup like a leech.

It also has the ability to answer calls.

RRP as shown on Amazon £24.99 when bought with an amazon deal.

My wifes and childrens clear favourite when It comes to looks and ease of use, just turn it on and up it pops on the Bluetooth search, volume is good with clear sounds and speech.

The only downside is the speaker has to hang using the strap provided. to it needs to go either onto a hook, valve or handle for it to hang.

Battery life was as expected and it performed left running for 5 hrs. 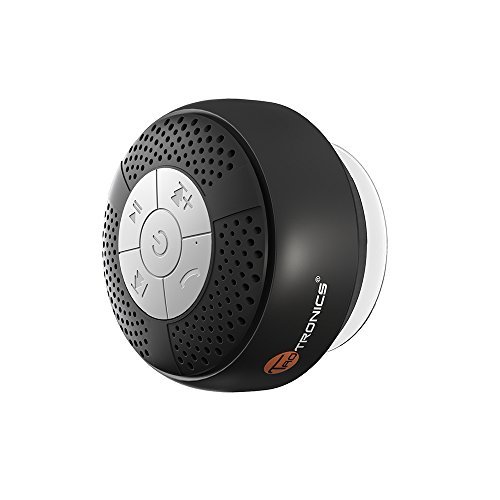 Take the Call Friend... For those who have always been practically inspired rather than apple design follower, this was the speaker for me? Being a man of the 90's this was my look 100%, both in the box and out of the box this was my craving, So how did it do?

As with all the speakers on test, this was easy to connect and already came fully charged ( must of just come off the Chinese boat). I had now placed my cards on the table as I was counting on this little baby to perform all out and win..

Unfortunately, the sound was just weak when compared to both the Itznu and the Jam, I am not saying it was a bad performer as it was £8.00 less than those but in the shower, it missed so many of the sound the other two speakers delivered.

On the plus side?  It did have the functionality of the phone answer option of which I did use... twice. The reality dawned on me on the second call, do you really need this feature? life needs just a little down time and the shower has always been my sanctuary even if just for 10-15mins or so.

I drenched this little Tao in water and it ran perfectly and gave me out of the box plenty of speaker time.. I am still mixed on this one for now. 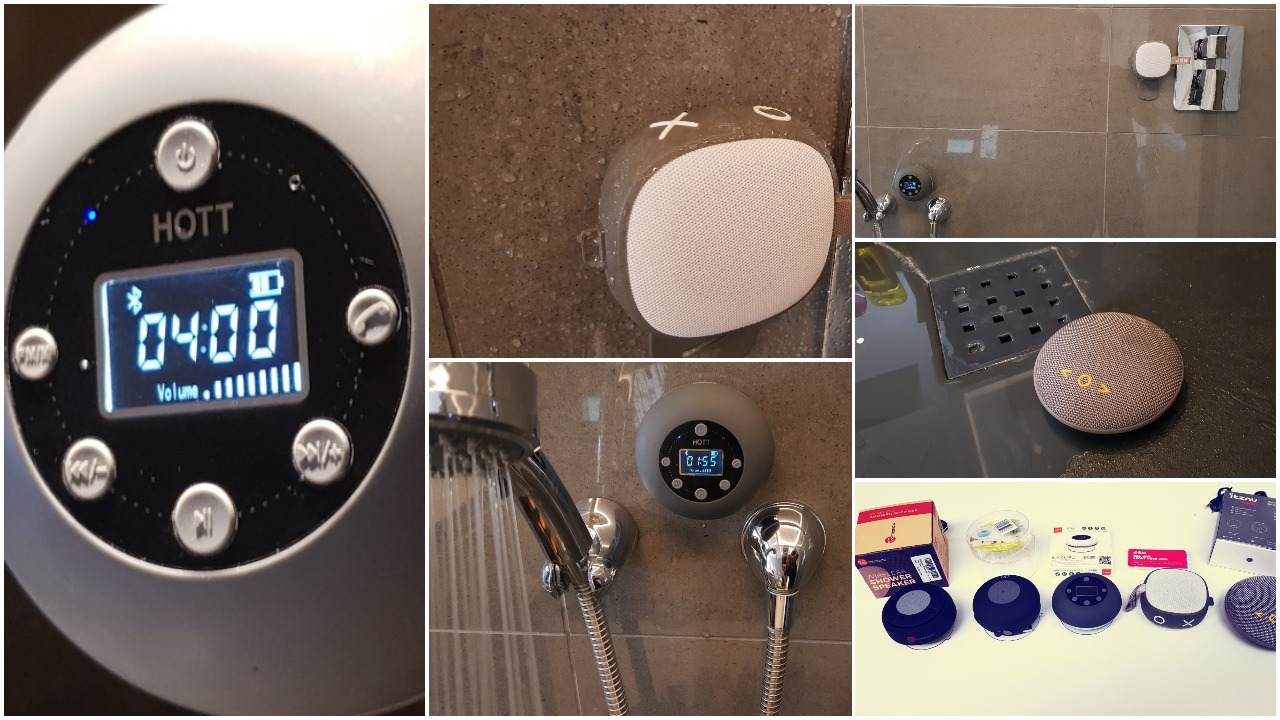 Our reviews and outcome of the test:

The winner was the Jam Hang Up Shower Bluetooth Speaker, with a great sound, look and an even better price it was our clear winner